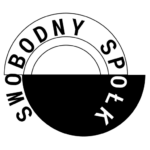 Freedom is the ability to do what one believes to be right and important on one’s own responsibility.

Communities are groups of people who feel connected to each other through tradition, language and identity.

In practical terms, freedom is almost always linked to the financial opportunity to realise ideas and projects with which individuals express their existence and enrich the life of their community and the world around them.

The Swobodny Społk is an association for the joint financing of Sorbian cultural and scientific projects, as a unifying, economically independent platform for all those who are committed to a modern, self-determined Sorbian-Wendish life at eye level.

In the spirit of cultural self-help, the members of the Społk (‘społkarjo’/’społkarje’) pay regular contributions, which are used to realise publications, documentations and recordings that cannot be financed otherwise. Members receive preferential conditions in the purchase of our products and free access to our media area. Proceeds are reinvested.

Anyone who wants to actively stand up for the vitality and freedom of Sorbian-Wendish culture can become a member of the Swobodny Społk. As a positive commitment to one’s own roots for some, as a bow to the cultural achievements of the Sorbian/Wendish people as the ‘First Nation’ in East Germany for others.

In the year MMXXI